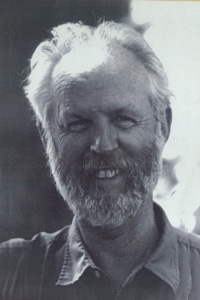 The Wick R. Miller Collection (WRMC) refers to the set of materials collected and created by Wick Miller during the time he worked with the Shoshone and Goshute communities. The WRMC materials include: audio recordings of ethnographic stories, traditional stories, binders, notebooks, fieldnotes, and transcriptions. All the materials in the Wick R. Miller collection have been or are being digitized and documented using the E-MELD best practice guidelines for safe and long-term archival access.

The central component of the WRMC collection is audio recordings made by Wick of Native American speakers produced during the years 1966–1972. Topics of the narratives include coyote stories, stories about the speakers’ early lives at the turn of the century, how things were done in the old days, and family histories and songs.

There are 151 reel-to-reel tapes in the following languages: Shoshoni, Comanche, Kawaiisu, Panamint, Guarijio, Tarahumara, Lillooet, some Australian Aboriginal languages and English. Additionally, there are 13 cassette tapes in the following languages: Shoshoni, Kawaiisu, Comanche, Western Mono, Guarijio and English. These tapes have all been digitized and remastered for preservation.

Maud Moon (nee McGill), was born at Chin Creek, Nevada in 1884. Her mother was from the Dolly Varden, a low mountain range about 40 miles to the north of the present-day Confederated Tribes of the Goshute Reservation. Her father was from Waatoya, just west of the Reservation. She did not know her maternal grandparents but her paternal grandparents were from the "other side”, west of Waatoya. Her husband was from Skull Valley, Utah.

As a child her household consisted of her mother, father, and some brothers and sisters. Her peer group was made up of her siblings, cousins (mother's brother's children), plus a few ranchers’ children. She never learned English, in spite of the fact that she played with white children. While in her teens, her father died, and she and her mother and sister (her other siblings had since died) moved to Goshute, where she lived the rest of her life.

Beginning in 1967, shortly after taking a faculty position at the University of Utah, Wick R. Miller audio-recorded 42 narratives from Mrs. Moon, now part of the WRMC.  Her narratives range from about 2 minutes to about 90 minutes in length. Mrs. Moon was a well-known, prolific storyteller of traditional stories, characterized by their lyrical quality, rich dialogue, and complex vocabulary.  A number of the narratives are ethnographic in nature and reflect her deep understanding of traditional lifestyle, including foraging practices, healthy living, life as a traditional Goshute woman, and her thoughtful reflections on how European contact had negatively affected her people.

Wick's first interviews with Mrs. Moon were done through the use of an interpreter. His notes explain that she uses lexical and grammatical items from the Fort Hall and Skull Valley dialects of Shoshoni, as well as from her native dialect.

This biographical information is based on Wick R. Miller’s materials, currently held by the Shoshoni Language Project at the University of Utah.  In those materials, her name is usually spelled “Maude”.

As an example of Mrs. Moon’s storytelling, please listen to her version of how the seasons of the year were formed: